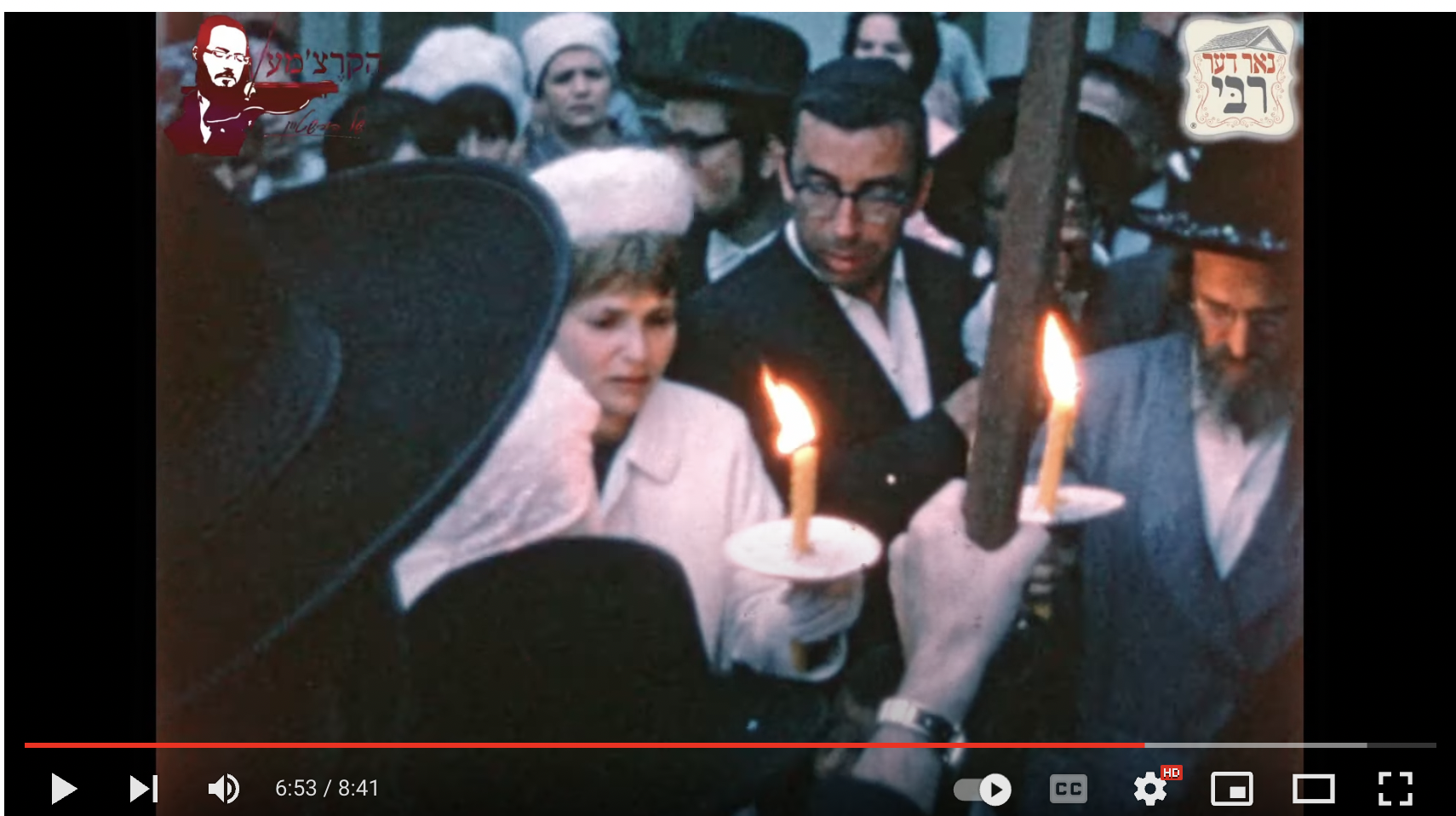 This is rare video footage of a Breslov wedding that took place in Mea Shearim, Jerusalem in the year 1967. It was recently publicized on Youtube and one can see different Breslov Tzaddikim like Rav Shmuel Shapira z”l and Rav Shmuel Horowitz z”l in the video. The chosson in the video is Rav Aryeh Weinstock. There is also a point in the video where you can see Rav Tzvi Aryeh Rosenfeld z”l. Below is some text from the people who released this video:

“This is a rare and amazing video clip that takes us back to the days when there were only a few minyanim in Breslov and they were the ones who kept the fire of Rabbeinu alive in the dark times and thanks to them Breslov chassidus is what it is today. It is all thanks to one person, the late Rav Laibel Berger (the father-in-law of our friend Aharon Label Berger) who took the video. He had the vision to document and preserve as much as possible so that later generations would know what it was like. I was given the privilege to be the messenger to bring this to the public and after a lot of work and countless hours and a large financial investment and with the help of the most advanced technology, an amazing result came out of the black and white and mostly dark film to illuminate and paint their glowing faces from almost every angle of the holy seraphim that not many of us remember and most of whom we knew from pictures and stories.”

The historic meeting between Rebbe Nachman and the Baal HaTanya