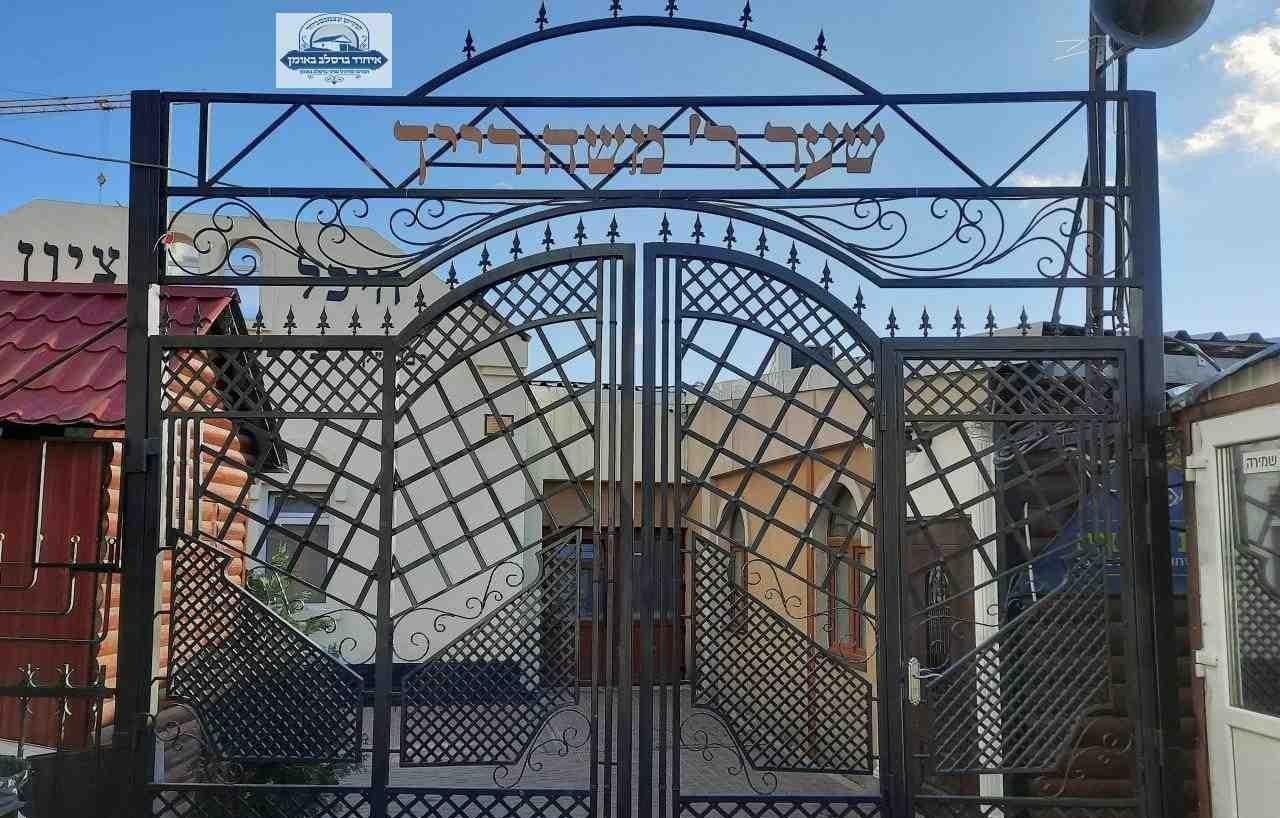 The Breslov Union in Uman (איחוד ברסלב באומן) put in a beautiful new gate at the back entrance of the Tzion of Rabbeinu z”l in memory and honor of Rav Moshe Reich z”l who helped “buy” the Tzion from the Ukrainian government many years ago. The gates were installed a few months ago but were only commemorated this week and it is known as Sha’ar Rav Moshe Reich

Rav Moshe Reich, a choshuv Sanzer chassid, was niftar suddenly two and a half years ago at the age of 65 while staying in the Old City of Tzfat. A few months before he was niftar, he told over the series of events that led him to be the one to redeem the Tzion in Uman:

In 1993, Rabbi Moshe Bienenstock Shlita, Rabbi Yaakov Zweig and Yitzhak P. managed to speak to the first President of Ukraine – Mr. Leonid Makarovych Kravchuk after using many connections to be able to get close to him. After their conversation, they succeeded in passing a law in the Ukrainian parliament that the whole area of the Old Cemetery in Uman would return to Breslov control and would be recognized as a World Jewish Heritage Site.

To make this happen, the Breslov Chassidim had to raise $ 60,000 in cash and buy two new Lada cars. The money and cars would be used as bribes to certain gov’t officials so that the law would pass. The Breslov Chassidim asked Aryeh Deri to get involved and he spoke to his friend – the gvir Rav Moshe Reich.

R. Moshe Reich said that within a month he himself managed to organize the required amount of money including the two Lada vehicles and they were able to move the cars in secret to the place where they needed to be.

“$60,000 in those years is today equivalent to $200,000. This is an amount I organized on my own in days when no one knew about Uman and Breslov Chassidim were not yet famous in the world. I acted out of a real purpose of shlichus because I understood and knew how important this historic moment was.  A few years have passed since then, and I visited the the Tzion in Uman and I broke down in tears, because only I and only a few really know how much I was connected to the redemption of the Tzion. It’s hard to say I was not disappointed when I arrived and did not see even a small stone of remembrance or a monument commemorating the actions that I and Aryeh Deri together with Rabbi Grossman did for Uman. In truth, it is better that they did not write anything about us because then it was really l’shem shomayim and only a few would know exactly what we did for Rebbe Nachman’s kever in Uman.

The Kloyz of Rav Noson is purchased back by Breslover Chassidim