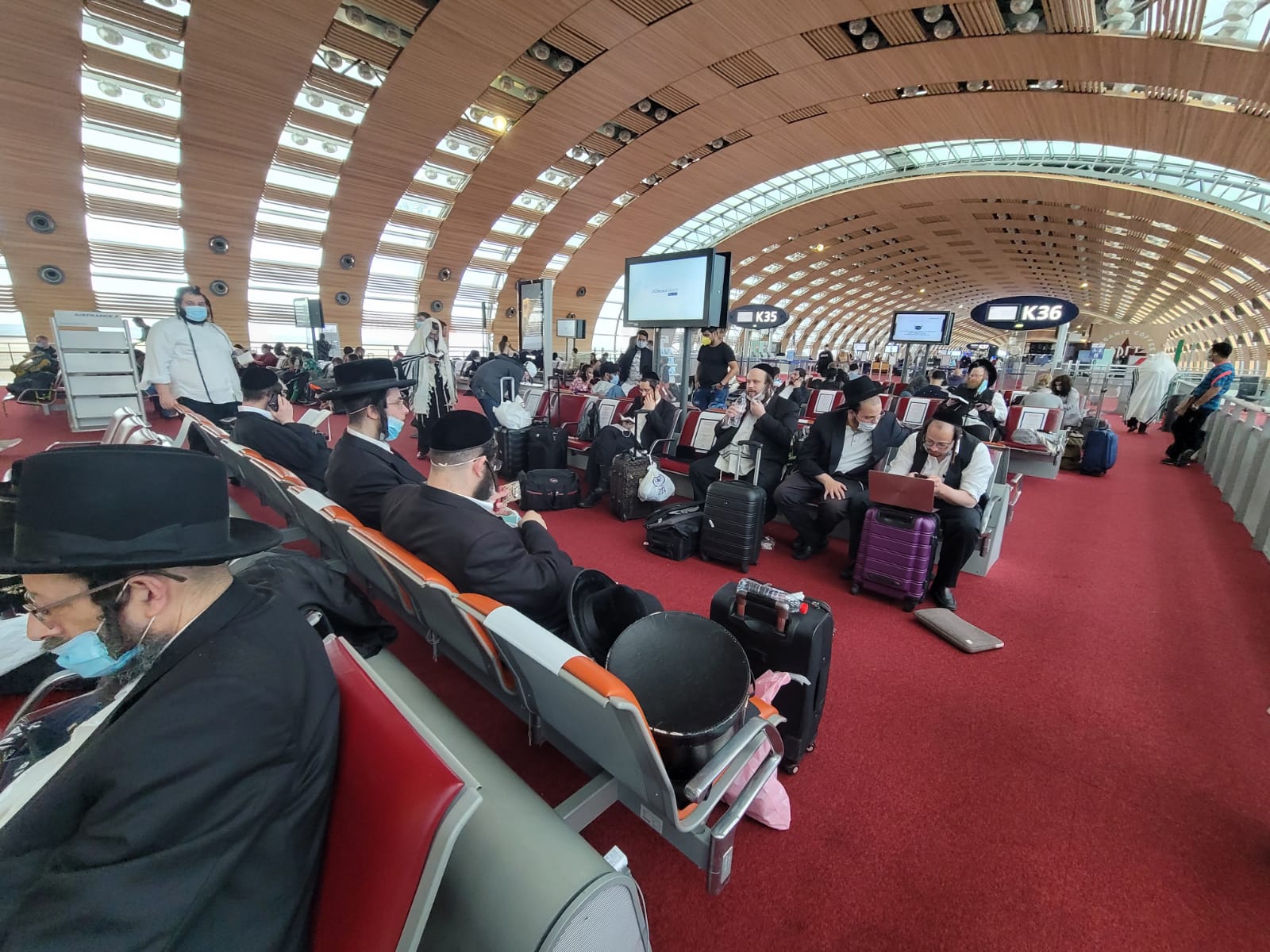 On Wednesday last week it was reported that Ukraine was planning to close its borders to all foreigners starting on Saturday night, August 29th. This caused a big rush and panic in the Breslov world when many Breslover chassidim from all over the world realized that they would need to travel early and get to Ukraine before the deadline. Hundreds of Breslovers did end up traveling on Wednesday and Thursday and some were successful in getting in but then Ukraine changed its plans and closed the borders early – on Thursday night. Flights from Israel were canceled. People who were already on the way in connecting airports (Paris & Istanbul) were not able to get on to their connecting flights to Kiev.

One group stuck in Paris were able to spend Shabbos outside the airport and will continue on to Ukraine today. Israeli and American Breslover chassidim who landed on Friday in Kiev, Odessa and other small Ukrainian airports were met with the news that they would not be let in to the country since the borders were closed. As Shabbos got closer, food from Shiner was sent to Kiev airport. The chassidim in Odessa were able to get out. After major work by Breslov askanim in Israel and the USA – people were starting to be let out from Kiev airport 2 hours before shabbos and most of them were freed and spent shabbos in a hotel in Kiev.

As of now, the Ukrainian borders are completely closed to all foreigners with a few exceptions. There is some hopeful news however for people who want to be in Uman for Rosh Hashanah. After facing major backlash from Breslover chassidim in Israel, Bibi Netanyahu appointed a new team of Ministers to work on a plan that would allow some chassidim to fly to Uman for Rosh Hashanah. This is of course all in accordance with the Ukrainian government. A South Carolina congressman sent a letter to Secretary of State Mike Pompeo asking him to pressure Ukraine to open their borders to Jews who wish to make the annual pilgrimage. See more about that here – https://jewishinsider.com/2020/08/scoop-rep-duncan-circulating-letter-to-pompeo-to-pressure-ukraine-to-allow-entry-to-uman/

According to other sources, there is a lot going on behind the scenes and the main thing to do now is to daven, daven and daven some more. It is also very important for those already in Uman to follow all the rules there – wear masks at all times, social distancing, etc.

There are over 2500 Chassidim already in Uman and Shiner’s Hachnosas Orchim was open on Shabbos and invited everyone to eat for free and it will also be open once a day starting this week.

On Motzei Shabbos, hundreds of Breslover Chassidim gathered in Jerusalem to protest against Bibi Netanyahu in his relation to Ukraine closing their borders. There are more protests scheduled for today in Tzfat and in Jerusalem. In Jerusalem, Breslovers will be protesting at Bibi’s residence and outside the home of Aryeh Deri.