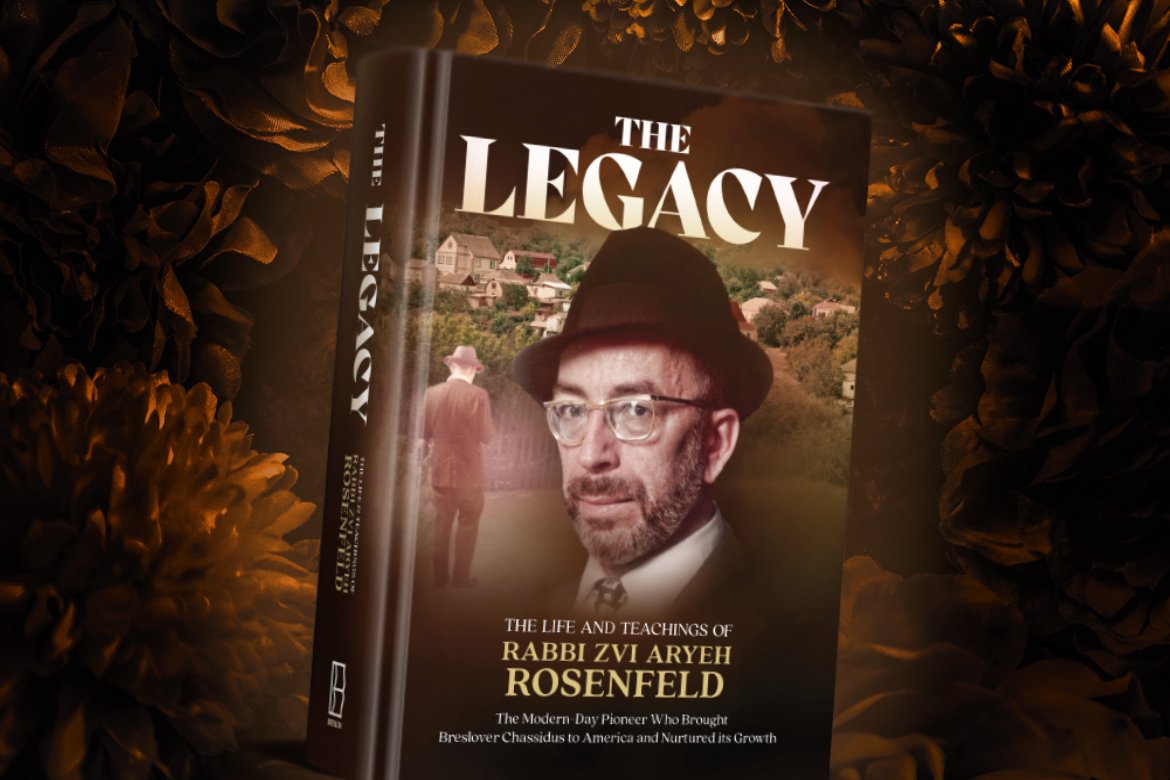 Few would deny that the single most powerful figure in the development of Breslover Chassidus in America was Rabbi Zvi Aryeh Rosenfeld. This modest, unassuming man came on the scene at a time when Breslov was all but unknown, in a country where so many Jews were still reeling from the Holocaust and were scrambling to build a decent life for themselves and their families. Religion and spirituality too often fell by the wayside. Rabbi Rosenfeld was one of America’s first kiruv activists – a pioneer in kiruv in the early 1950s — long before the term baal teshuvah became fashionable.

With a penetrating mind and relentless zeal, Rabbi Rosenfeld mastered all fields of Torah learning: Talmud, Halakhah, Midrash, Zohar and the Kabbalah.

Rabbi Rosenfeld’s first priority was to bring Torah and yiras Shamayim to young people who were growing up deprived of the beautiful legacy of their nation. Many of his young students were tough, ornery and undisciplined, so unruly that one teacher after another quit on them – until Rabbi Rosenfeld became their teacher. Students who had been labeled uncontrollable came to consider him their rebbi.

Irate parents claimed Rabbi Rosenfeld was brainwashing their children. Some threatened him with violence; some filed complaints with the police, insisting that he had kidnapped their children; but the boys and girls he taught were flourishing. He loved them as though they were his own children, and they knew it. He taught them how to keep Shabbos, to learn Torah and Gemara and halakhah, to live Jewish lives. He sent them to Jewish summer camps and to Jewish schools and yeshivos, often raising the funds to cover the costs, or even paying out of his own pocket. And he was totally dedicated to them long after they moved on in their Jewish education; he helped them build Jewish homes and made himself fully available to them through every life event, both joyous and painful.

Although he was a staunch Breslover Chassid, he did not impose his views on his young charges. His objective was to bring American youth back to their Jewish heritage. Yet his personality was so compelling, his teaching style so inspiring, that his students, who grew to lead Torah-true lives, continued to look to Rabbi Rosenfeld as their rebbi and became dedicated Breslover Chassidim themselves.

Rabbi Rosenfeld is also credited with having accomplished the seemingly impossible when he opened access to Rebbe Nachman’s gravesite in the 1960s.

When Rabbi Rosenfeld passed away, it was far too soon for his many devoted talmidim; he was only 56. Today, most of them are older than he was at the time of his passing, on 11 Kislev, 5739 (December, 1978), yet they still consider him to be their rebbi.

When Rabbi Rosenfeld’s students were inspired to study Rebbe Nachman’s teachings from the source, they found the original Hebrew texts too difficult to explore. So Rabbi Rosenfeld approached the gifted, prolific author Rabbi Aryeh Kaplan, asking him to translate Rabbi Nachman’s Wisdom. It was Rabbi Rosenfeld who motivated Rabbi Kaplan to learn bekius (i.e., learning to achieve breadth of knowledge as opposed to depth), without which Rabbi Kaplan himself said he would not have been able to accomplish all that he did in his life.

More translations of Breslov works followed. A few years after Rabbi Rosenfeld’s passing, his son-in-law (and early student) Chaim Kramer founded the Breslov Research Institute (BRI), through which many of Rebbe Nachman’s and Reb Noson’s works have been translated into English, Spanish, French, Russian and modern Hebrew. To date, BRI has published over 200 Breslov titles, all of which are inspired by Rabbi Rosenfeld’s dedication and foresight.

One of BRI’s vital projects has long been to publish the biography of this magnificent teacher, mentor, and rebbi, Rabbi Zvi Aryeh Rosenfeld. But alas, it is well-known that when someone wants to achieve something vitally important that will enhance spirituality in the world, obstacles will present themselves and will make it very difficult to persevere. Yet these very obstacles are a clear indication that Hashem wants us to persevere and to meet every challenge, no matter how difficult. We would be hard-pressed to find a better example of someone who lived this truth than Rabbi Rosenfeld. In the case of his biography, the BRI staff worked tirelessly – for years – to overcome the countless obstacles that delayed its publication. 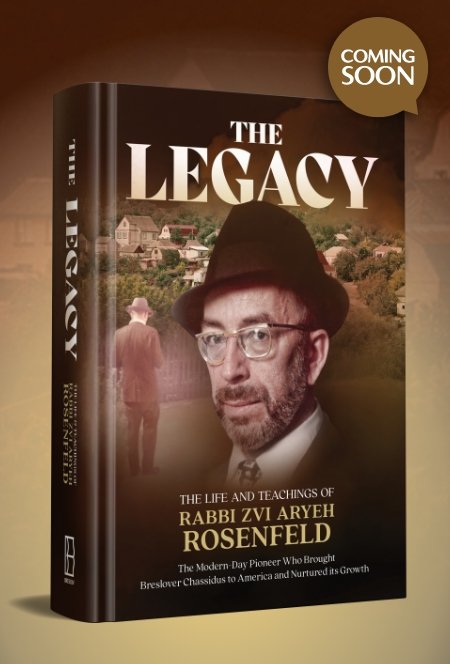 To sample, taste and experience the first 38 pages of this extraordinary book, please follow this link: LEGACY BOOK – FIRST 38 PAGES

Finally, all their efforts have borne fruit. Within a few weeks, The Legacy: The Life and Teachings of Rabbi Zvi Aryeh Rosenfeld will be available to the public, and we at BRI could not be more thrilled to finally present to you this long-awaited work.

We are presenting you a final golden opportunity to be a part of this amazing publication.

Please consider a last chance opportunity to make a dedication in this special first edition.

Up to 20 installments can be made.

With thanks to Hashem from the bottom of my heart that we have finally reached this stage, and with blessings to all who can further support this project to its fruition.