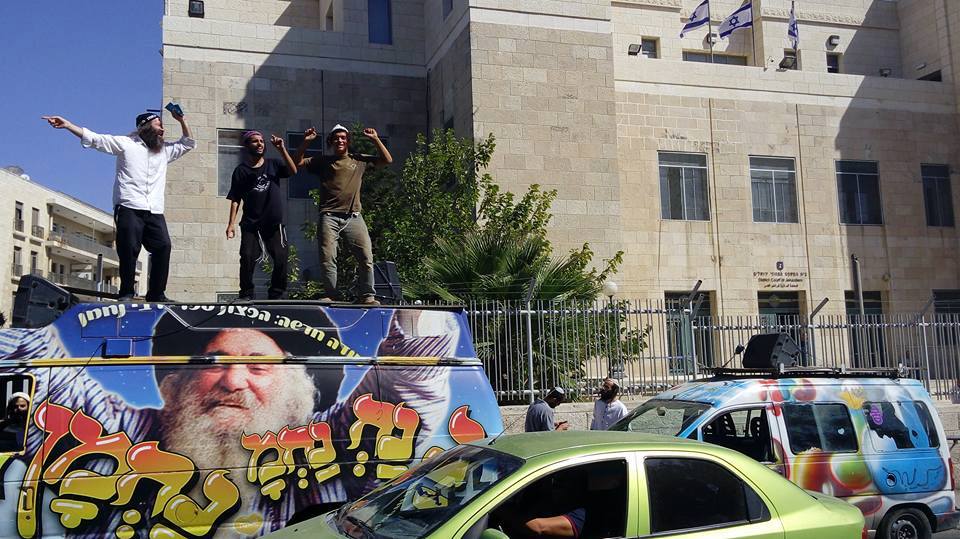 Next week on Erev Rosh Chodesh Elul, a group of Na Nachs along with their famous Na Nach vans will be protesting on the streets of Tel Aviv. The protest is against the Israeli govt’s attempts to prohibit flights to Uman for Rosh Hashanah.

Ziv-Moshe Levy, the organizer of the protest, told Kikar HaShabbos that “the Ukrainians have already provided us with an outline to permit the Kibbutz and the Israeli authorities are coming out strongly against us going there and prohibiting charter flights. Therefore we need to protest so that we can fulfill what Rabbeinu told us to be by him on Rosh Hashanah. It is impossible to understand how the Israeli government is working on opening the skies to Green Zone countries (Ukraine is one of them) but will forbid us from going there. There are even certain government ministers saying that anyone who goes to Uman for Rosh Hashanah will not be let back into Israel”.

He also said that even during his years when he (Ziv-Moshe Levy) served in the Israeli Air Force and he was asked not to travel to Uman due to his security classification – he fought and was able to go.

According to a few reports coming out of Ukraine, the government there has still not finalized the number of chassidim they will permit to be in Uman for Rosh Hashanah and they are still working on the final plan.

We will continue to update on this ongoing situation.

Recap of events from Thursday to Sunday morning August 30th