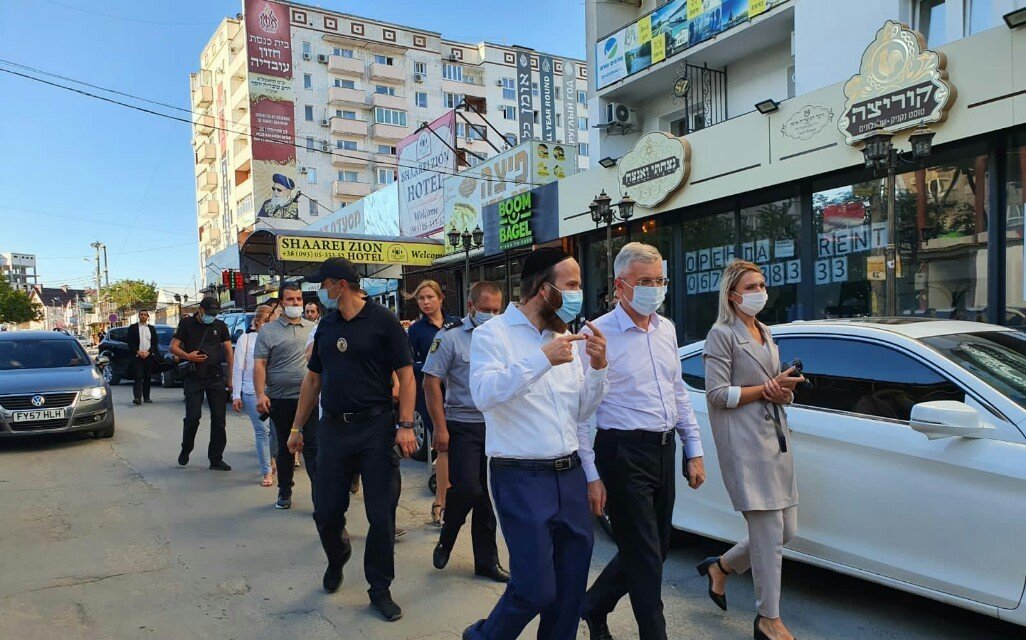 This is an update from the head of the corona situation in Uman, Rav Nochum Karlinsky, regarding the talks of opening the borders and the current situation. This update is from today – September 10th:

Baruch Hashem, the arrangement that we had in the Tzion is back to normal after yesterday’s incident. We ask everyone to understand the situation and to influence others and let them know that it is our duty to keep the guidelines in the strictest manner so that we have a better chance of getting more people in. We still have not yet reached the final approval of an outline and meetings with senior government officials are held daily to allow more of our brothers sitting at the borders that want to reach Rabbeinu for Rosh Hashanah. We do not know if and how many will be approved in addition to those currently in Uman.

Thank G-d, the Governor of the Cherkassy District (where Uman is located) was impressed by his visit this afternoon to Uman. The governor even prayed in the Tzion, saying that “what happened yesterday  was shocking,” but at the same time praised our responsibility to restore order on the spot, quickly and efficiently. The Governor’s delegation was accompanied by the Uman police chief as well. The delegation also visited the main Hachnosas Orchim while it was open to the general public where they closely examined the conditions and were happy to see the order and observance of the rules. They also visited the corona testing center, examined the isolated ambulance for transporting patients and the Corona Hotel, which is run in an exemplary manner.

In another tour conducted at noon (Thursday) with the directors of the Ministry of Health in Uman, we were explicitly told: the only way to allow many people to be present at the same time in the Tziyon is solely in the form of a ‘winding snake path’ made of gates inside the Tziyon – while maintaining a distance of 2 meters between person to person. If we do not have the winding snake path then according to the current restrictions announced by the government of 10 square meters per person – only 23 people could be inside the Tzion at the same time.

We asked them what they thought about opening the roof of the Tzion, if it would help with the strict guidelines and they said that it is not a solution, since from their point of view of the law even open spaces must be kept safe with social distancing. By the grace of God, the representatives of the Ministry of Health were positively impressed by the existing outline.

In a meeting attended by Rav Lazer Shiner, Chairman of the Jewish Federation of Ukraine R. Meir Stambler, Chief Rabbi of Ukraine R. Moshe Osman, and R. Raphael Rotman along with senior government officials – discussions were had to allow more Chassidim to come For Rosh Hashanah. This is of course on the condition that they follow the guidelines of the Ukrainian Ministry of Health. The number of how many will be permitted is unknown and please keep davening that we can get more people in and everything will work out.

There were no new infections today in Uman and there are currently 5 cases. They are staying in the Corona hotel and are being treated.

There is another meeting happening right now regarding this whole situation. Please keep davening.