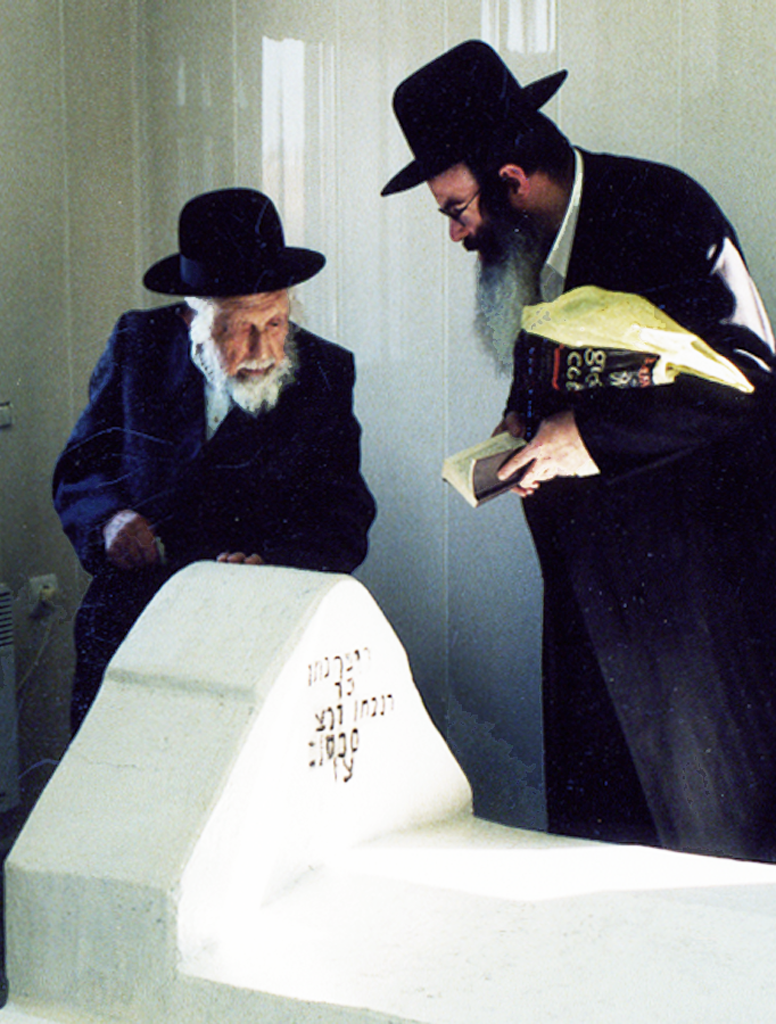 Today, 5 Av, is the Yortzeit of the Tzaddik Rav Yechiel Michel Dorman zt”l who passed away in 2006 at the age of 93. Rav Michel is considered one of the great elders of Breslov and he played a very important role in the continuation of the Rosh Hashanah Kibbutz and Jews being able to travel to the tziyon in Uman.

Rav Michel was born in 1913 in Ukraine in a city just a few hours from Breslov. He became Breslov when he was a teenager and moved to Uman where he became a very close student of Rav Avraham Sternhartz zt”l who was a leader in Breslov at that time. Rav Avraham was a great-grandson of Rav Noson zt”l. In 1930 he married Rivkah who was also a descendant of Rav Noson. He eventually escaped to Moscow with his wife during the Stalinist purges and survived WW2 there. After the war, he was arrested and sent to Siberia for 7 years and when Stalin died he was freed and he returned to Moscow.

At that time, any religious gathering was considered a serious crime, despite Stalin’s death, and Rabbi Yechiel Michel secretly ran the kibbutz in Uman for Rosh Hashanah ever year. The remaining Breslov chassidim did not keep in touch during the year but as Rosh Hashanah would draw closer they would be in contact with Rav Michel who would update them on the kibbutz. Rav Michel served as a chazzan at the secret Rosh Hashanah gathering, which was held every year in a house near Rebbe Nachman’s gravesite. Only enough men for a minyan risked their lives to make the annual pilgrimage during and after the Stalinist regime.

In the mid-1960s Rav Dorfman began escorting American citizens to Uman to show them Rebbe Nachman’s gravesite. During World War II, a fierce battle between the Russians and Nazis for control of Uman had demolished the ancient cemetery in which Rebbe Nachman was buried. The cemetery was razed and new houses were built there. The grave of Rebbe Nachman was rediscovered and a private house was built next to it to prevent its destruction. Rav Michel was one of the few Breslovers who knew the exact location of the kever.

Today, thanks to him and other people who followed in his footsteps, the entry of Breslov Chassidim to Uman became permitted by the authorities in Kiev who occupied Uman after the dissolution of the Soviet Union. In 1972 he was allowed to immigrate to Eretz Yisroel and settled in Jerusalem where he became the Rav of the Breslov Shul in Mea Shearim.

Pictures of Megillah reading in Uman